Boots is a Mixed Breed puppy who appeared in "It's Elementary My Dear Pup Club." He was voiced by Kath Soucie.

Boots probably got his name because of his black-colored paws, or possibly his habit of chewing on shoes. He was very eager to get adopted by his perfect person, Chucky. He was especially excited that Chucky was artistic. However, complications arose when Chucky was accused of being a troublemaker at his school. Pepper and the pup club helped to clear Chucky's name, and his mother then allowed him to adopt Boots. 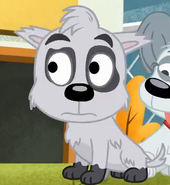 Boots chowing down on a shoe with the Super Secret Pup Club.

Shoes- an essential part of a puppy's morning breakfast. 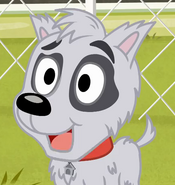 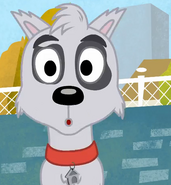 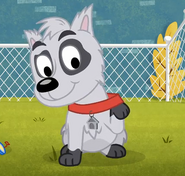 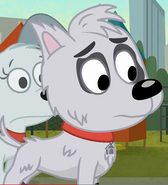