Pooches McFurFace is a famous TV sitcom puppy who appeared in "I'm Ready for my Close Pup." She looks a lot like Cupcake, only darker, with brown splotches and a purple collar.

Pooches was voiced by E.G. Daily.

Pooches starred on the sitcom Pippy vs. Pooches. She needed a break from her show business life, so she temporarily switched places with Cupcake. While Pooches was out being a real dog, the Pound Puppies found out that her perfect person was Pippy, on her show. The adoption was complicated however, since Pooches was already owned by her trainer Gary. When chief network executive Darren Dross learned this, he envisioned a new idea for the show and changed the title to Pippy Loves Pooches, allowing Amy to adopt Pooches from Gary. 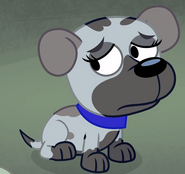 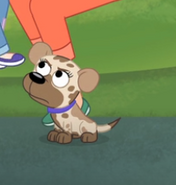 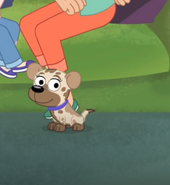 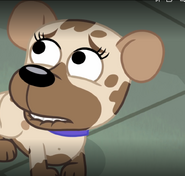 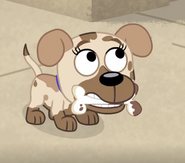 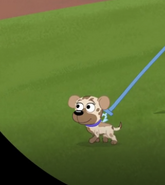 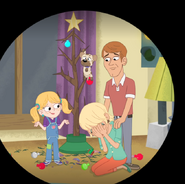 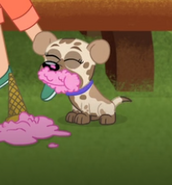 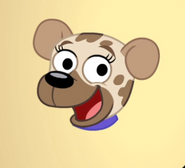 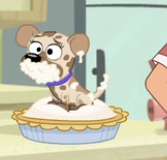 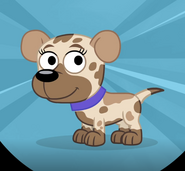 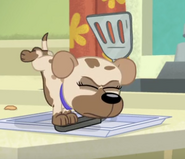 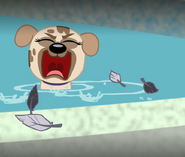 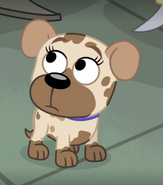 Pooches In muk
Add a photo to this gallery
Retrieved from "https://poundpuppies2010.fandom.com/wiki/Pooches_McFurFace?oldid=17058"
Community content is available under CC-BY-SA unless otherwise noted.