Princess is a Maltese owned by Agatha McLeish's beau Wally Banks. He appeared in "The Fraud Princess".

Despite his name and appearance, Princess is actually a male maltese. He has three black eyelashes on each eyelid. He has shaggy fluffy fur that sometimes covers his legs, a big tuft of fur on his head, fluffy ears that droop to his neck and on them he wears pink ribbons on each of them, some fur around his lips that droop down to his neck, and a fluffy tail that curves inward.

In contrast to his cute and cuddly appearance, Princess was gruff-voiced, surly and sarcastic, though he pretended to be sweet and playful around Agatha. He treated Rebound with disdain and annoyance. He also found the idea of Rebound being there for Agatha to be "for saps". At first, he was all too happy to help Wally rob Agatha. However, when he finally got into Agatha's secret vault, he suffered from pangs of conscience.

Princess was brought to Agatha's mansion by Wally to "scope out" the place. He snubbed Rebound's attempts at playing, suggesting that she show him around. When he learned of Agatha's private vault, he attempted to find a way in. When Rebound got in his way, he started framing her for breaking things around the mansion, with Wally suggesting that Rebound be sent to dog training.

When Agatha took Rebound to the training school, Wally and Princess went to break into the vault. They succeeded, but Princess, remembering Rebound's earlier words about "doing what was best" for her, brought Wally a picture of Rebound and Agatha instead of treasure. Wally realized what he was doing was wrong and confessed to Agatha, who had returned with Rebound. Princess apologized to Rebound, telling her she wasn't "completely unbearable." In return, Rebound suggested they play a game of hide and seek. Princess grudgingly agreed, noting to the Pound Puppies "Never be a bad dog. Cuz if you are, you'll deserve all the punishment you get." 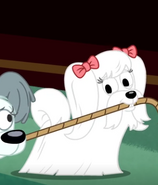 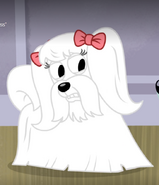 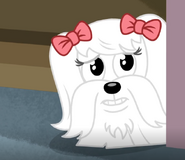 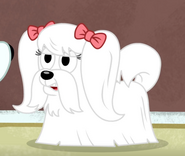 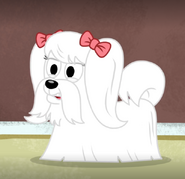 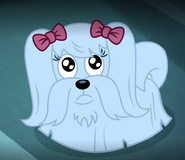