The Road to Empawerment is the twenty-fourth episode of season 3, and the sixty-third episode overall. It first aired October 26th, 2013 in the US.

Niblet leads three unique pups on a dangerous journey of self-discovery after listening to a motivational speaker.

The episode begins on an interesting note- the Pound Puppies of Shelter 17 are being forced to partake in a trust-building seminar. The first activity is a trust catch; however, the ones doing the catching are Squirt and Strudel, whereas the ones being caught are Cookie and Lucky. The problem should be obvious, but the motivational speaker in charge- one Bony Doggins -fails to see this (or, more likely, is determined to get this event done and over with) and unceremoniously sends the larger dogs onto their small friends (with Niblet cannonballing square onto a pile of his friends). Quickly falling under the sway of Bony's teachings, Niblet quickly believes in the power of "empawerment". The next test is a tug-of-war with Bony Doggins versus everyone from the pound. Astonishingly, Bony Doggins wins (and causes everyone to fall in the mud). The final test apparently involves some hot coals. Niblet, surprisingly, rushes head-first through the whole set of them (to everyone's shock); even Bony Doggins is surprised by this, claiming that the coals "were just a prop". Despite his immense pain, Niblet is still a firm believer in empawerment.

Following the seminar, Bony Doggins leaves for Shelter 52. However, before leaving, Niblet asks how Bony Doggins learned so much about empawerment. Doggins answers that his knowledge came from the Doggy Lama- a wise dog who lives in a magnificent temple atop a giant mountain. With this in mind, Niblet becomes determined to learn from the Doggy Lama. However, something else comes up- the arrival of three misfit puppies from the Isle of Misfit Puppies.

Starring the Voices of

Guest Starring the Voices of 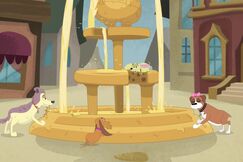 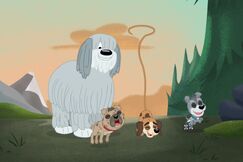 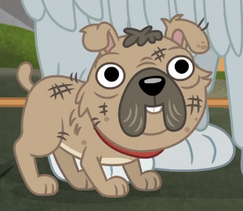 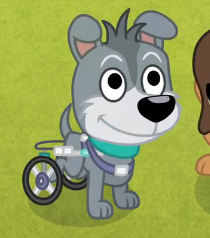 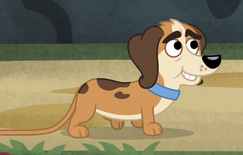 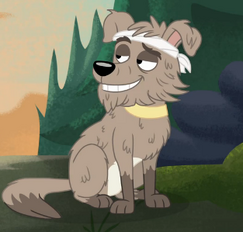 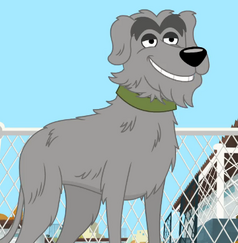 Bony Doggins
Add a photo to this gallery
Retrieved from "https://poundpuppies2010.fandom.com/wiki/The_Road_to_Empawerment?oldid=13922"
Community content is available under CC-BY-SA unless otherwise noted.