Tundra was a puppy who wanted to be a sled dog. He appeared in "Snow Problem."

Tundra would often watch Jean Luc Glaciaire, a famous musher, on TV, and dreamed of getting adopted by him. He was often teased by his older brothers because of this, as they thought he was too small to be a sled dog.

Tundra had himself brought to Shelter 17 so the Pound Puppies could help him achieve his dream. Traveling to Alaska, the group became a sledding team, with a disguised Niblet acting as their musher, and joined a sledding race. When they met Glaciaire, his dogs, whom Tundra had idolized, treated the team with scorn and derision, especially the lead dog, Sven.

As the race wore on, Lucky took Tundra's place as lead dog, becoming needlessly competitive. After Jean Luc's team had an accident, Tundra took charge, leading the team in finding them, and saving Sven, who had fallen down a cliff. As Sven was taken to hospital, he admitted he had acted badly, and pledged to be a "good dog" in future. Tundra was then adopted by Jean Luc. 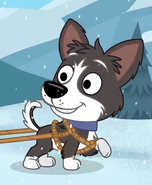 Tundra As a Sled Dog 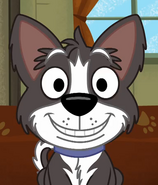 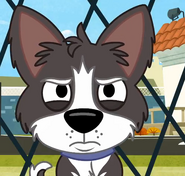 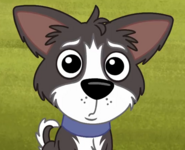 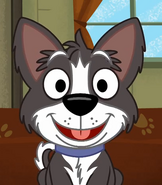 Tundra wants to be a sled dog 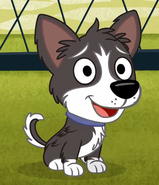 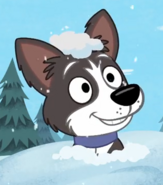 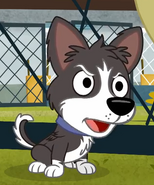 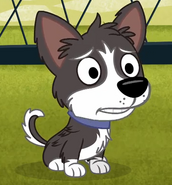 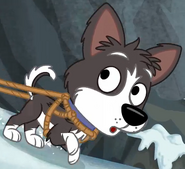 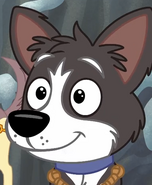 Tundra's cute side.
Community content is available under CC-BY-SA unless otherwise noted.
Advertisement